My guess is that when you tell the average person you’re moving to or already living in Rwanda, there’s a moment of hesitation and confusion on their part as they contemplate this piece of information. In many people’s eyes, Africa as a whole is a scary, dangerous and chaotic place and mentioning Rwanda doesn’t do much to calm their nerves.

But ‘many people’ have got it wrong. Africa is an impossible place to make generalisations about. For the love of God… it’s a huge continent and each country is as diverse, or more so, than those in Europe, Asia or South America. While one country might actually be a pretty dangerous place, the country next door could be safer than your home country. Fortunately, Rwanda is one of the safe places. But that doesn’t mean bad stuff doesn’t happen here as well and, while I don’t want to freak people out, it’s a good idea to be aware of potential risks here.

If you are one of the unlucky folks who find themselves a victim of crime, check out our article on Police in Kigali for contact numbers and stuff.

Ever since Papyrus closed I’m sure the number of pick-pocking incidents in the city has dropped dramatically. I don’t know which dance floors all the little phone stealing assholes are working these days (probably Cadillac), but I’m sure they’re still out there. For a few months last year it seemed like every time friends and I headed to Papyrus, something was ripped off. So, while the thieves might be dispersed at nightclubs and bars around the city now, they’ll still be out there somewhere.

Be smart about your belongings, especially if you’re rocking an iPhone or some other sexy communication device. Even my lowly Nokia was stolen… some people just have no standards! Keep an eye on your bag, make sure it has a zipped or buttoned area for valuables (and keep them there as you get drunker and drunker) and don’t put money or items of value in your back pocket. You’re not likely to be mugged for your stuff but crimes of opportunity are bound to happen if you’re not careful with your things.

So as I mentioned, you’re probably not going to be mugged. Violent crime, at least against foreigners, doesn’t seem to be a big problem here as it is in places like Nairobi where everyone has some scary story to tell. But you still hear the occasional tale of a mugging which usually consists of the person being roughed up and having their bag taken but not much more.

I know of two friends who have been attacked in Kigali and the motivation for both was robbery. One was during the day on a busy road while she was with a friend… not sure how you defend against that one! Obviously walking alone at night isn’t the brightest idea (although I do it all the time without incident… but I’m kind of dumb) but if you must, walking around the town/Kiyovu area is probably the safest option as there are military guys with guys dressed in dark clothing who seem to pop out of the bushes at every turn. Anywhere in the city with soldiers stationed at night will be pretty safe but still be aware.

If you’re a foreigner living in Rwanda you will probably live in a house with a high concrete gate around it and a live-in guard or two to keep things secure. If you’re a foreigner living in Rwanda then you probably know other foreigners and have probably heard a story or two about break-ins. I’ve heard my share. One friend was burgled while everyone in the house slept, another had a computer stolen, one lost a large amount of cash… each time the house guard was the prime suspect and in some cases they were charged and jailed.

I haven’t heard lots of these stories but I’ve heard enough to strongly suggest that you choose your house staff based on recommendations from people you know pretty well. Your guard and any other house staff you have will need to have keys to your property so you’ll want them to be vouched for, for sure. If you don’t know anyone in Kigali then you could try out Heart of Gold Recruitment who recruit and train domestic staff and also run security checks. I don’t know much about these guys except that I met once with the owner who is really nice and seems to know her stuff.

Metal detectors are popping up at the main shopping ‘malls’ around town and it’s bizarre and frustrating all rolled into one. Here’s how it usually goes: you place your bag to the side of the metal detector, walk through, beep, get handed your un-searched bag back and then continue on on your merry way.  I’m all for security but, sweet baby Jesus, what is the point of this? It seems like the biggest waste of time ever. I guess it’s job creation but besides maybe scaring people from trying to enter with their rocket launchers, i don’t really see the point. Fortunately, as mentioned, Kigali is a safe place and no rocket launchers have been spotted.

Taking moto taxis around Kigali is, in my opinion, by far the most dangerous thing you can do here. True, they give you a helmet and, true, the roads are good and traffic isn’t that bad most of the time… but zipping around town on two wheels is just kind of risky. You won’t have to meet a lot of people before you hear scary stories of moto near-misses. I haven’t heard any stories of death or maiming, though. But death and maiming by moto is a risk so if you’re more on the timid side, maybe stick to buses, taxis, your feet or buy a car. But if you’re irresponsible and reckless like me… motos are a hell of a lot of fun! 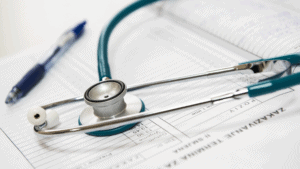 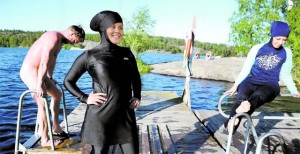 4 thoughts on “Safety & Security in Kigali” 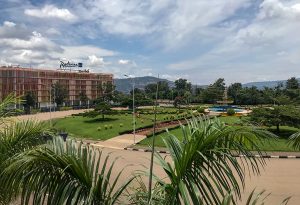